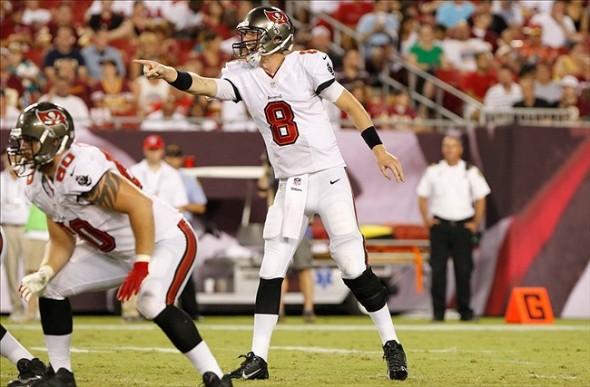 On Sunday, the winless Buccaneers will host the Arizona Cardinals at Raymond James Stadium.

The headline here is obvious: this will be rookie Mike Glennon’s first career NFL start.  He takes over for Josh Freeman, who was benched this week after an ineffective first three games.

Glennon takes over an offense ranked 31st in total yards.  The Bucs have only scored 34 points in three games, and six of those came on an interception return.  So it’ll be a challenge for Glennon to put points on the board.  He does have Doug Martin in the backfield, who’s rushed for nearly 300 yards so far.  Expect him to see a lot more action in an attempt to take pressure off the rookie quarterback.  The Cards, however, are third-best in the league in stopping the run.  Wide receiver Vincent Jackson suffered a rib injury against the Patriots.  It’s unclear whether he’ll be able to play on Sunday.

Defensively, the Bucs will try to control the league’s 26th-ranked passer, Carson Palmer.  The Cardinals rank 23rd in total offense.  That’s bad, but not as bad as Tampa Bay.  And just as the Bucs got blown out in New England last week, Arizona suffered a similar fate in New Orleans.

Kickoff is at 1:00 on FOX.  Your announcers are Sam Rosen and Heath Evans.