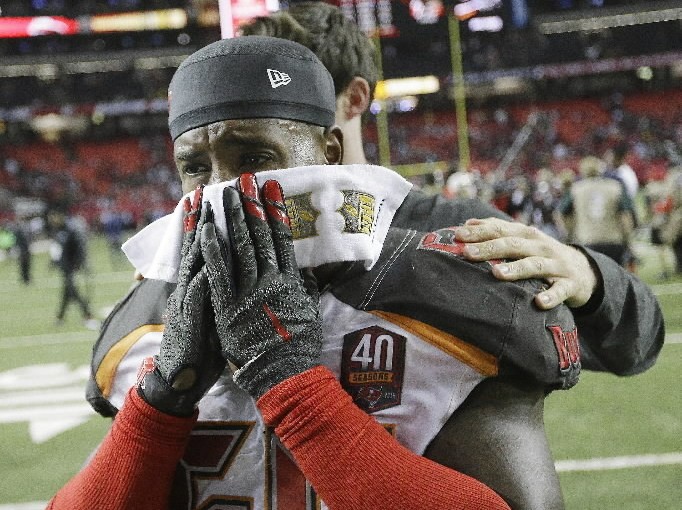 There are always storylines that emerge from every NFL game, every Sunday. Some make you jump for joy. Others make you want to fire the head coach. And there, there are the inspirational stories, like the one involving Buccaneers’ rookie linebacker Kwon Alexander.

The first-year pro from LSU had the game of his life on Sunday against the Falcons. He was responsible for two turnovers, and had a third called back by a penalty. His eleven tackles led Tampa Bay.

And he did it all under heartbreaking circumstances.

Alexander’s 17-year old brother was shot on Friday night, and died the next day. Kwon said he wanted to play, because that’s the way his brother would’ve wanted it. And to do what he did in the Georgia Dome is nothing short of remarkable.

Kwon was given a game ball after the overtime win. If you haven’t seen the video yet on the Buccaneers’ official website, you should. It will bring a few tears to your eyes. Here’s the link. It’s just over a minute long.

God bless you, Kwon. I am so sorry for your loss.  You’ve earned a lot of respect, and not just from Bucs’ fans.